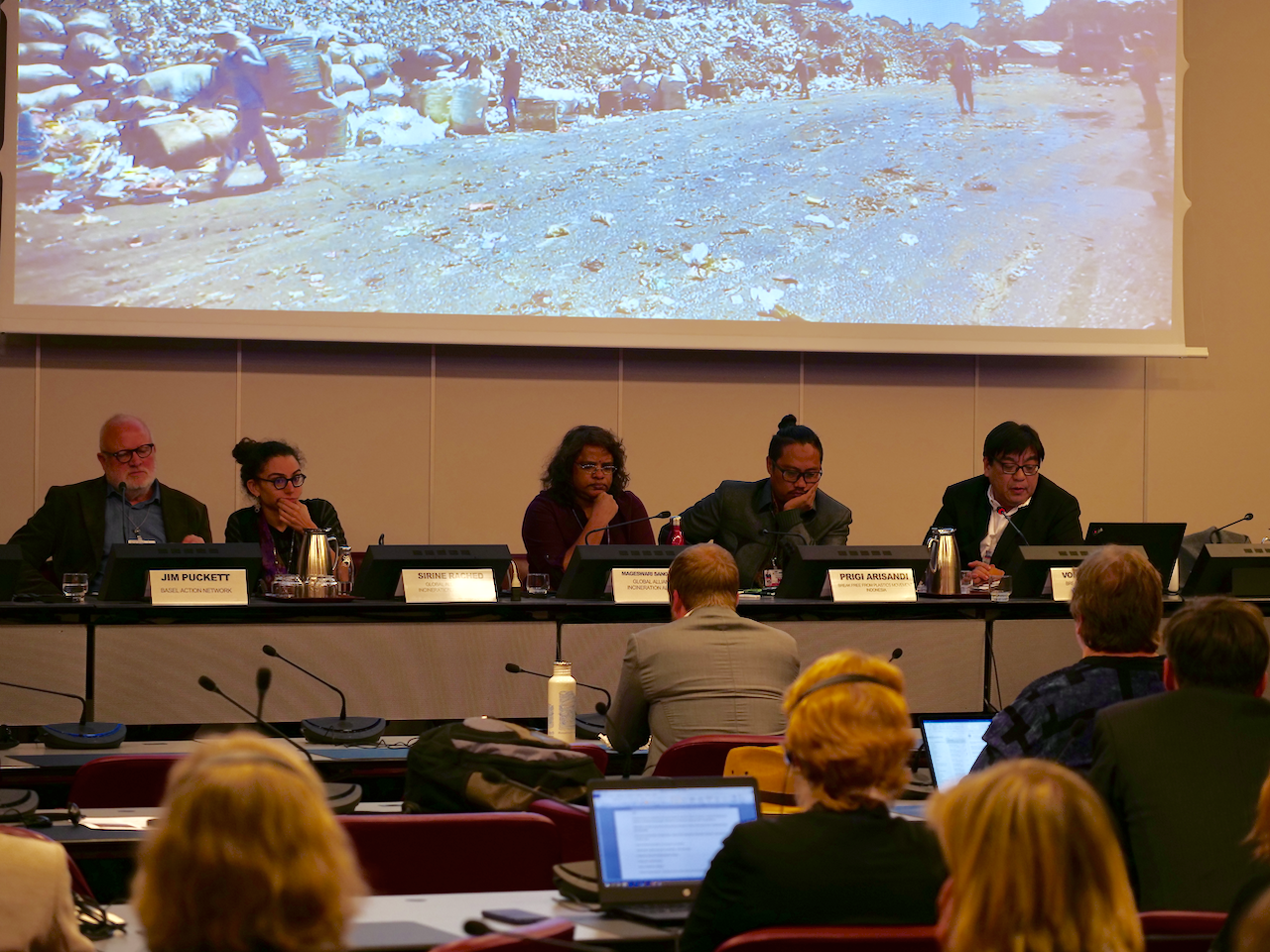 Salomé and Jim just returned from the two-week long Basel Convention negotiations in Geneva. The decisions made will have a definite impact on the plastics and e-waste recycling industries. While these decisions will not go into effect immediately, BAN wishes to brief e-Stewards on what was decided.

The official Basel Convention e-Waste Guideline, which contains a dangerous loophole for exports for repair that allows electronics to flow outside of the Convention’s controls, was not finally adopted but was adopted on an interim basis while further work is done on the sections containing the loophole (paragraph 31a and 31b). This loophole was supported by the electronic equipment manufacturer associations — Digital Europe and ITI. Unfortunately, these associations overreached in their efforts to sidestep the Convention and made it all too easy for unscrupulous traders to export e-waste outside of normal control procedures. This would not only endanger the environment in developing countries but would harm recyclers that have invested in actual dismantling. It would mean that anybody could simply claim broken equipment for repair and export without controls. At the meeting last week, the African Group and India almost killed the whole Guideline, but at the end relented to allowing interim adoption pending further work.

Meanwhile, BAN introduced its alternative “Responsible Guideline” to the meeting which allows some deregulation for industry conducting high-end legitimate recycling, but provides transparency of exports and the right of refusal by countries not wishing to participate in the export for repair scheme. Several industry insiders praised our Guideline at the meeting. COCIR, the European Coordination Committee of the Radiological, Electromedical, and Healthcare Industry, endorsed our Guideline and took the floor to do so. To read and/or endorse the “Responsible Guideline” click here. A big thanks to all that have already endorsed.

The biggest achievement of the meeting was the adoption of the Norwegian package of amendments to the lists of wastes controlled under the Basel Convention to include plastic scraps. This amendment will enter into force by January 1, 2021. With 4 exceptions, the new rules place all plastic waste under Basel Control procedures – e.g. either a full export prohibition or the normal “prior-informed-consent” procedure of the Basel Convention.

All of the 4 exempted categories will require clean polymers that must be sorted and separated prior to export. The only mix of polymers allowed will be a mix of polyethylene, polypropylene, and PET. All such exports will only be allowed to go to recycling destinations and not disposal or energy recovery. PVC exports will always be controlled. The U.S. and the EU, for different reasons, will not be able to export the non-exempt materials at all to developing countries (non-EU or OECD countries). We foresee that all e-Stewards will need to be able to separate the various polymers or hire somebody to do so prior to export. For example, HIPs must be separated from ABS, etc. We also foresee that the e-Stewards standard will need to be changed to reflect the fact that there are new entries to Annex II of the Basel Convention (Wastes Requiring Special Consideration) which in the past not had an impact on electronics recycling. To better understand the new rules BAN has prepared a summary document. Feel free to direct any further questions to email hidden; JavaScript is required or email hidden; JavaScript is required.

The decision will take some adjustment but cleaning up our beleaguered environment from the effects of plastic debris and dirty recycling operations will be significant.

We use cookies to ensure that we give you the best experience on our website. If you continue to use this site we will assume that you are happy with it.Ok